WITH WHIFFS OF SAVING PRIVATE RYAN BUT TRANSPORTED TO THE EARLIER “WAR TO END ALL wars,” the drama 1917 advances to the forefront of recent war movies–but how far ahead?

A true passion play for the English auteur Sam Mendes, the movie was inspired by recollections from his paternal grandfather Alfred Mendes involving the events surrounding Operation Alberich. How much of what occurs in the movie explicitly happened or, as usual is a mixture of facts and conjecture, is for a trained World War I historian. I have no clue nor a care. Movies should not carry the ethical weight of documentaries as long as they don’t purport to being anything other than a imaginatively recreated docu-drama.

The basic premise to 1917 would have snarled movie goers in 1927, 1947, 1967, 2007 and 2017: two British soldiers volunteer for a “suicide mission” following an alleged German retreat in Northern France along the Western front of the war. Allied forces suspect that this unexpected withdrawl is a military ploy to entice the British army to advance and attack them. The Germans will be regrouped and waiting to overwhelm with military superiority. As many as 1600 British lives may be lost if an impending attack the next morning is not called off near the Hindenburg Line, including the brother of one of the Lance Corporals. The German army cut all the field phone lines during their retreat, requiring two soldiers to advance as quickly as they can across treacherous no-man’s land. They must deliver a hand-written message to the battalion leader.  As the cliche goes, time is of the essence.

1917 thrusts them–and we viewers–into the operation without unnecessary digression. This economy does not wholly continue throughout the drama, but here it is needed. We have our two protagonists, Lance Corporals Tom Blake(Dean-Charles Chapman) and Will Scofield(George McKay), the objective of their mission explicitly stated by the visiting general and the Greek chorus of doom any soldier voices upon them when they try to explain their orders. There are the customary shots of their base comrades, who are shell-shocked zombies all along the trenches, a dugged-in byzantine of misery and bitterness, the shots conveying all this with claustrophobic intensity. And then up ladders they go into another layer of hell. One of them quickly sheds blood as they maneuver through fields of barbed wire, surely an omen of what’s to come.

As with Terrence Malick’s “all-star” American war film The Thin Red Line, 1917 abounds with cameos of familiar (English) faces. It’s a murderer’s row few films can boast of : Colin Firth, Benedict Cumberbatch; Andrew Scott; Richard Madden. And, as with Line, the frequency of recognizable faces somewhat threatens the equilibirum of the film, distracting some members of the audience from what should feel like an ensemble approach. However both Mendes’s direction and script(co-written with Krysty Wilson-Cairns) are enough anchors to prevent any more spillage in this direction than necessary. Lesser-known George McKay is likely to emerge as a star for his restrained yet hypnotic performance.

The technical triumph of 1917 is also its achilles heel. Mendes’  and cinematographer Roger Deakins‘s decision to film the movie as a pair of continuous takes is audacious, aspirational, thrilling, but also troubling, numbing and ultimately chest-thumping. Famously Steven Spielberg shot the D-Day portion of Saving Private Ryan with hand-held cameras, in order to more fully convey the violent chaos of the landing on Normandy Beach. He then abandoned it once the Allied forces began advancing deeper into France. No matter his intentions, it added to Ryan creating a disjointed feeling as it unspooled before you, the blistering realism of the opening scenes surrendering to more standard Hollywood war film melodrama.

1917 adheres to its style, pausing for only a few set pieces requiring a touch more moderation. Taut as a rubber band, it pummels the viewer with the adrenaline, dread, fear and excitement of what real warefare must resemble emotionally. I can’t think of a better film of both cinematography and art direction conveying the vast waste of warfare, the physical and topocial degredation of the environment. Even more so than Stanley Kubrick’s Paths of Glory, World War I bunkers have never looked more menacing–yet the only (temporarily) sane haven inside a war zone. The cinematography has to be considered among the very best if not the best ever, especially the night shots of a gunfight across a burning French village.

A war film is not obligated to advance an antI-war message; 1917 may do so implictly. However its technical mastery comes at an unfortunate cost, or at least it may emerge so for some viewers. Too many sequences in 1917 reminded me of video games. Far too many. The severance of traditional cinematographical editing, intentionally or not, leads to a visual narrative which evokes the POV aperture of infantry video games, of one-person shoot-’em-ups. Stripped of the usual cinematic language 1917 becomes oddly desensitizing. I had to remind myself I was watching a war movie not playing a game. The scenes–especially the great outnumbered burning French village scene at night–had the herky-jerky appearance of a video game, especially as shadowy German figures advanced across the composition of the screen, shooting as much at the audience as the character(s). Compounding this was an irrational frustration of not having a joystick at hand or a virtual memory headset to counterattack. Never before have I watched a war movie and experienced this peculiar sensation. 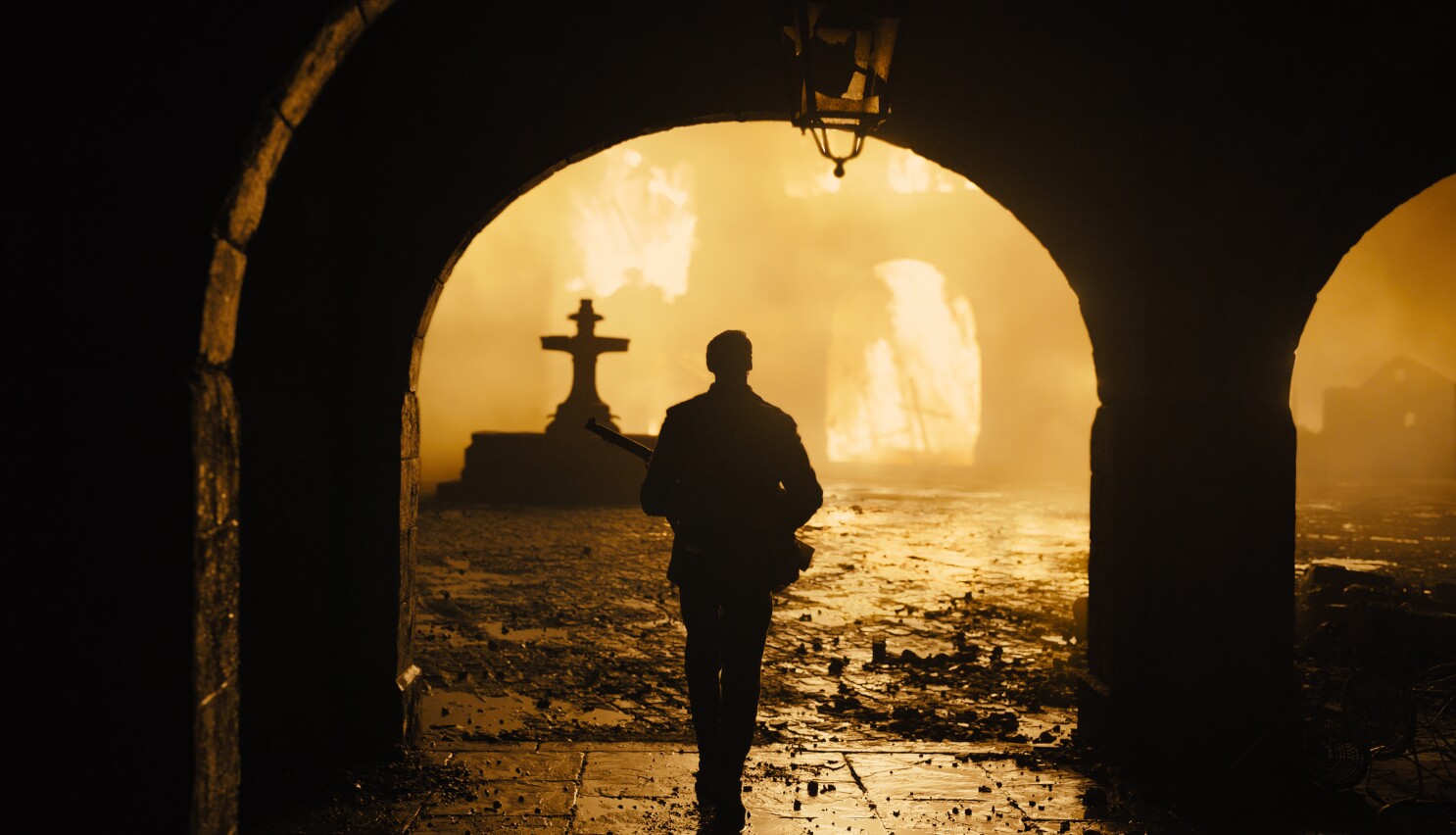 Furthering this is Mendes’s decision to de-humanize the German soldiers throughout the movie, to squeeze only propaganda-esque intentions from them–as if this was 1914 not 2019. Every German character in the movie, which of course is from Mendes’s script, is a stock villian or a ready-made corpse along this trail of tears. Deprived of any balance the figures here are no different from the menancing figures in video games. Not that Mendes was obligated to provide a historical counter-balance to the story. German P.O.W.s are also in complete absence. I understand that in “real life” soldiers rarely learn anything truly illuminating about “the other side” as both face off. But a movie is not real life. Devoid of any sliver of psychology about and from the German soldier, it could be said that 1917 has more in common with Rambo than All Quiet on the Western Front. 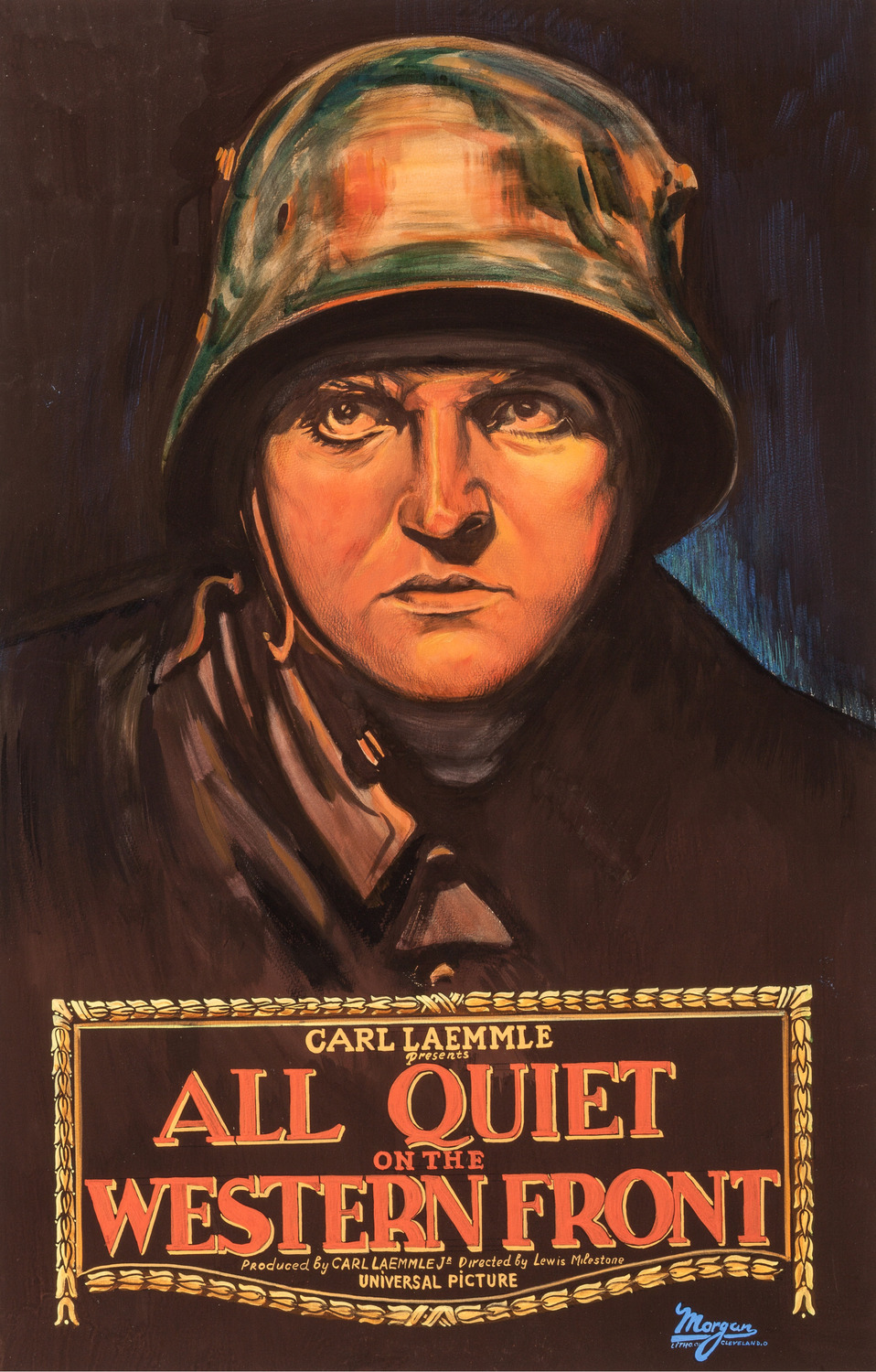 Furthermore strip away the historical pretense of 1917 and you’re confronting an action-adventure film more similar to one of the Jason Bourne films than Full Metal Jacket. Suspension of disbelief is on over time throughout this picture, one improbable moment after another. And no matter how admirable and even breathtaking much of the film is, the pat ending whether “true” or not reeks of Hollywood melodrama. Conventions are often impossible to be rid of completely, I guess. 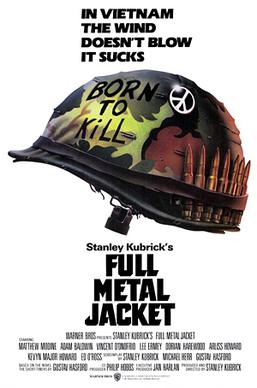 In conclusion 1917 is a gripping, sober film despite its flaws. So little psychology and character insight are on display here; smoothed over by the dazzling spatial cinematography and its plot deceit, that it is less a rewarding experience than some reviews suggest. While it is more dazzling than Stanley Kubrick’s Paths of Glory, another flawed masterwork, it pales noticeably in comparison. There is a reason why a video game may be cinematic yet is never a movie, and why a movie, no matter how cartoonish or action-oriented, is not a video game. As video games have evolved, the story-oriented ones now provide “background,” particularly as a preamble.

The composition of 1917 advances that of cinema, of the nuts and bolts of movie-making, yet seemingly at a cost which ignores human complexity and insight. The actors are not failing the audience, nor the production, only Mendes (and Deakins). The audience has to breathe added light into the film, which should have been provided by the filmmaker. Mendes(and Deakins) dazzle while simultaneously detaching us from any more than base emotions.