I’M STILL OBSESSED WITH GAME OF THRONES, MY FAVORITE TV SHOW OF ALL TIME.

In honor of the show’s 10th anniversary I have compiled a list of my 10 favorite moments from Season 1, which has to be one of the greatest opening acts in all of television history.

This is a Amazon Affiliate website. The above images lead directly to Amazon.com. An immediate purchase of any item of any monetary value after clicking their links may result in this website receiving a small commission. But the viewer of this free website is under no obligation to do so.

It’s grand achievement of course overshadows GOT’s final season, the 8th which many consider not only its worst but a blot on the entire endeavor. I do not, yet I understand their assessment. Season 1 was the alpha, a phoenix arising unexpectedly and taking our breath away. And Season 8 was its unfortunate omega, as doomed as Icarus. 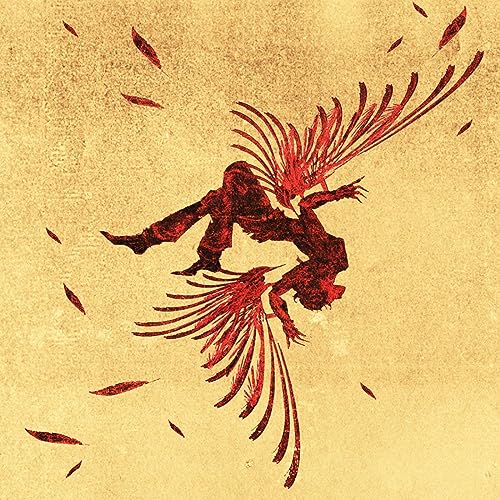 1.ANY APPEARANCE OF THE STARK WOLVES. Their little cameos still make me tremendously happy. As noted by everyone, the wolfpack foundlings eerily and comically match their benefactor’s personality and status within the noted clan. And their individual fates are precursor to the fates of their adopted parent. It breaks your heart that the Stark bastard Jon Snow is not thought to be given his own wolf pup until the runt of the litter is discovered underneath his dead mother(think about it). And then he names it “Ghost.” I love Arya failing to teach her charge a trick his Darwinian relations might more readily pick up. And I love how Robb’s puppy makes himself at home in the Great Hall at Winterfell when Robb reluctantly agrees to see Lord Tyrion Lannister once more. And of course the service Summer provides for his master Bran.

2.TRYION LANNISTER OUTWITTED BY LADY CATELYN STARK(“Cripples, Bastards and Broken Things,” e04). “The lowest of the Lannisters,” according to his father, Tyrion’s prodigious intelligence and unwise need to acknowledge that since he is instantly viewed with derision because he is an “imp” thet he might as well confront his chorus of detractors with a biting “performance,” has the potentially to royally backfire on him(pardon the pun). And this is a prime example. He seems not to recognize that one who is incognito is doing so for a specific reason—and pays dearly for it.

Michelle Fairley, one of the show’s many, many breathtaking actors, is like a younger Vanessa Redgrave, so here’s hoping she finds the roles she deserves in the near future. She’s mesmerizing, and it’s more than her exquisite beauty. Watching her is to be rewarded in understanding the appeal and psychology of a character.

3.YOREN, THE NIGHTS’ WATCH RECRUITER, 1ST APPEARANCE(“The Wolf And The Lion,”e05). The sudden appearance in King’s Landing by this Man in Black is like a Cockney soldier unexpectedly admitted into Buckingham Palace. The otherwise admirable, damn near saintly Ned Stark is shockingly curt with a man who is not only a fellow Northsman but belongs to the same once noble order as his brother. It’s clear they are not of the same social status and Stark; now the Hand to the King of the Seven Kingdoms, unknowingly treats Yoren with far lesser immediate courtesy and respect than his own eldest son Robb in episode 4–who warmly welcomes his stay at Winterfell!

4.KING ROBERT’S EXPLANATION TO QUEEN CERSEI ON WHY HE TAKES THE THREAT OF A DOTHRAKI INVASION VERY SERIOUSLY( “The Wolf and the Lion,”e05). Positively Shakespearean and deadly accurate prognostication by everyone’s favorite drunken, randy king and usurper Robert of the House of Baratheon.

5.NED STARK FORMALLY DENOUNCING SER GREGOR “THE MOUNTAIN” CLEGANE AND LORD TYWIN LANNISTER IN ABSENTIA( “A Golden Crown,” (e06) Acting as regent in King Robert’s absence, Ned Stark’s absolute binary morality dooms him. It’s a further reminder that Ned—not his best friend Robert—could have taken the Iron Throne and become king of the Seven Kingdoms. Whatever his acumen for being Warden of the North, his understanding of his countrymen’s psychological makeup, he’s overmatched in political skills when operating in the capital of the Seven Kingdom. It’s still a stirring speech. It also marks the first appearance of Lord Beric Dondarrion, one of my favorite of all recurring characters.

6.“A LION DOESN’T CONCERN HIMSELF WITH THE OPINIONS OF THE SHEEP”(“You Win Or You Die,” e07). Speaking of great actors…ladies and gentlemen, Charles Dance! In the 1980s there was much anticipation in both the English and American press that he was destined to become a star. This never happened. Maybe he was always destined to emerge as a character actor of tremendous resources. His essay as arguably the most powerful patriarch in the Seven Kingdoms is a hallmark of the show. Every gesture he implored illuminated the character’s intelligence, cunning, power, imperiousness, business acuity and exasperation with those he deeed unworthy of his time(and genetic code). His dressing down of his favorite son while field dressing an enormous stag is pure Tywin Lannister.

7.MAESTER AEMON REVEALS TO JON SNOW HIS TRUE IDENTITY(“Baelor,”s1,ep09). Provided one hasn’t read the novels(many of us have not even to this day), this is one of the series’ first great “shockers.” Considering what Jon learns later about himself many years later it’s an eerie coincidence and foreshadowing of what’s in store for him. The blind, old sage’s words binds the two emotionally, with an added layer both are unaware of. God bless Peter Vaughan(1923-2016). He was a superb actor, on a series overbrimming with them. His cameos during the series were always a delight. He made a blind ascetic as thrilling as Obi-Wan Konibi, and in this great scene he absolutely so dominates Kit Harrington’s efforts that the young man comes across as a total amateur, way over his head. He would improve, but in this scene he’s totally schooled. It’s a masters class in acting.

8.YOREN, 2ND AND 3RD APPEARANCES(ep.9-10). No spoilers here, but there’s cosmic redemption involved. I love this character, who is a credit to the Night’s Watch. of what it used to be and could still be. In an earlier episode Tyrion tries to dissuade Jon Snow of any of his romanticism about joining the Night’s Watch, dismissing it as a misfit order for “cripples, bastards and broken men.” But that’s not true for Benjen Stark and certainly not for Yoren, who is far more noble and chivalrous than nearly all of the “high born” knights chronicled throughout the series.

9.FIRE AND BLOOD”(ep.10). Superb and deeply satisfying storytelling. It deals with the aftermath of Ned Stark’s unjust execution—which is likely to plunge the North and South into a civil war, and Daenerys Targaryen becoming a legend, the Mother of Dragons. But it also evocatively points to the unavoidable conflicts of the next seasons. There’s so much to be in awe of during its 53 minute run: the sequence in Winterfell in which the two youngest Stark boys learn of the death of their father in startling different ways; the grief of CATELYN Stark and the deference her bannermen show to her; CATELYN gently admonishing her desolate, destructive older son Robb from destroying his sword in response to bad news from down south; the Hound’s advice to Sansa Stark, ostensibly a prisoner of the Lannisters; Arya becoming “Arry,” as well as Yoren’s comic sidekick; Night’s Watch Lord Commander Jeor Mormont pointedly but quietly pardoning Jon Snow’s aborted attempt to desert his duties and join his brother Robb’s army heading south in an ironic repeat of “Robert’s Rebellion” and the powerfully edited sequence of Jeor’s comments to his steward Jon Snow about his imminent plans to go beyond the Wall to assess their enemies, both the Wildlings aka the “Free Folk”—and the White Walkers, plus to find Jon’s missing Ranger uncle Benjen Stark dead or live while the entire Night’s Watch saddles up and prepares to exit Castle Black through the interior of the Wall.

10. “WINTER IS COMING”(episode 01). Saving the best for last. The premiere episode and one of the best I have ever seen of introducing major and minor characters multiple storylines and what a series will be about. Whereas the first episode from The Sopranos now feels cheap, dated and not reflective of the incredible series soon to emerge, “Winter is Coming” endures as a timeless introduction. So many of the sequences are priceless and resonant of and for the series as it unspools: the first shot of The Wall at Castle Black with three rangers from the Night’s Watch emerging from inside a frozen structure seemingly more immense than the Great Wall of China. The first appearance of the Wights and the Army of the Dead which is still scary as hell. The first shot of Winterfell, the most important castle in the North. The immediate establishment of the Starks and the Lannisters as the two most dominant houses on the continent of Westeros and of their inevitable conflicts; the white haired Targaryen siblings in exile on the other side of the world, the skunky prince forcing his sister to marry a warlord reminiscenct of Atila the Hun or the great tribes of North America centuries later; the first appearance of Ser Jorah Mormont, in exile from Westeros on threat of his life, queensguard to Daenerys and obviously in love with her; Daenerys receiving three dragon eggs as a wedding gift, which we are told is merely a ceremonial reminder of her family’s sidgil and their notorious history as masters of dragons–which haven’t existed we are told for at least 75 years; the  Wagnerian passion between another pair of royal siblings Queen Cersei and Jaime Lannister–and the first of many shocking cliffhanger endings. It’s all there and much more.