HBO CAN’T MAKE IT EASY ON any of us, can they? Not for Game of Thrones fans, especially since the muddled disaster of Season 8. Even before those six episodes enraged the fan base for a variety of reasons, mostly centered upon who would win the titular contest itself, the proprietary owners of the series, HBO, itself was confusing and disappointing anyone interested in prequel offerings. Projects were announced, then abandoned. Expectations were inflamed, then dashed. (Maybe like the series itself.)

The most notable example was to feature Naomi Watts as a lead. For those of us unfamiliar with the literary series from author George R.R. Martin, our expectations were centered upon Watts being cast as much as an ancient storyline providing a new backdrop prism to the series.

For Watts’s  fans the news of this incarnation of a prequel being cancelled without HBO providing an explanation was duly frustrating. Frankly her career needs to be restarted once again if not resalvaged. Yes, she’s a high-profile celebrity. With gossip fodder romantic partners and Nicole Kidman as a best friend. But nothing since her starmaking turn in David Lynch’s Mulholland Drive has had a similar traction. One of her follow ups, Adore, is a guilty-pleasure, a ridiculous adolescent-minded  soft core fantasy from the minds of teen boys of what would it be like to have sex with your best friend’s hot mom. Yes, Woods is now a red hot MILF; she’s always been a looker. But she remains eye candy in most of her films, or the project she’s chosen refuses to linger in your brain past its original airing.

The image above is a direct link to Amazon.com. This website is a probationary member of the Amazon Affiliate LLC program. Any purchase made after using this link for a limited time results in this website receiving a small commission. The viewer of this free website is under no legal or ethical obligation to activate the link and/or make a purchase to support this website.

The greatness of Mulholland Drive was that as Lynch evolved beyond his own childish, sexist or cliched notions about women, exploding his previous forms involving the femme fatale and the virginal lead, Watts provided an equally haunting psychological study of being a struggling actress and of maybe a woman driven insane by the “male gaze.” Her character was a stand-in for a gazillion Hollywood actresses, objectified and exploited at every turn, yet much more than a #MeToo story years before the movement came to prominence. Woods provided a soul-baring performance which deserved to win an Academy Award.

The image above is a direct link to Amazon.com. This website is a probationary member of the Amazon Affiliate LLC program. Any purchase made after using this link for a limited time results in this website receiving a small commission. The viewer of this free website is under no legal or ethical obligation to activate the link and/or make a purchase to support this website.

Alas it did not and her connection to GOT appears to be over before it could really begin. She has not been offered “compensation” by the franchise overlords at least that the lay person has been made aware of, projects which have extended to at least a half dozen offerings in the years to come.

Exactly how many will come to fruition is unknown, judging from HBO’s track record. The only confirmed promise is The House of The Dragon which is to premiere in 2022.

Yet YouTube and the Internet abounds with a confusing array of trailers for prospective or not prospective projects. Frankly this category of offerings is better than the HBO produced release, but for the sake of my sanity I’ll stick with this one:

Two minutes or so in length dedicated fans of GOT will recognize some very stock footage from the original series with perhaps a few deleted scenes added in for good measure. The only true “new” element is the audio narration by a few voices, including the recognizable mew of Lord Varys(Conleth Hill).

It’s hard to extrapolate anything from the appropriately named “teaser” trailer: the quality of the episodes; the direction; the strength and weaknesses of a new cast; the special effects et al. The stock footage isn’t damning or troubling, yet it felt shoddy and rushed.

A website and Twitter have been beached with a foothold plus press releases have begun to be rolled out.

The elevation of Miguel Sapochnik to showrunner status is a relief. The Emmy award winning  director of the series’ best fight episodes, his prior status is impeccable. As is the return of composer Ramin Djawadi. The announcement of the other chief directors and main cast means nothing to me as I am unfamiliar with their work, save for the actor Sonoya Mizuno, who is a chameleon from role to role.

Considering that the prequel takes place 300 years before the first episode of GOT it is safe to assume that none of the original beloved cast will appear, unless as “historians” reminiscing about this crucial past chapter in the history of The Seven Kingdoms.

Crucial or not I can’t say I have more than a perfunctory curiosity about this prequel covering “The Dance of Dragons.” My response is subjective. I’m not particularly obsessed with The House of Targaryen. My damn contrarian nature has me at this point worn out by all things Targaryen save for the biography of one Grand Maester Aemon. The trajectory of how one goes from being a prince in King’s Landing, who could have ruled the Seven Kingdoms but refused and became eventually the maester-in-residence at Castle Black for the Night’s Watch, theoretically a monastery for men no better than samurai, is far more interesting and fascinating a story to be divulged than Deanery’s’s other imperialistic historical relations. 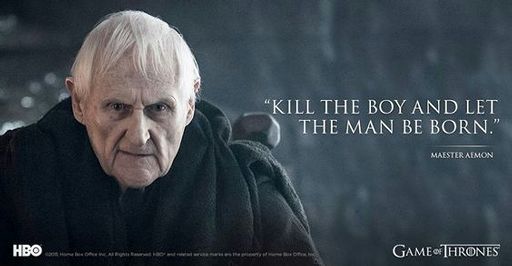 I’m also more interested in Robert’s Rebellion as a storyline, which precedes the original first episode of GOT by only a decade or two. In my opinion that would be a more rewarding proposition.

Alas you take what you can get. Maybe my enthusiasm for The House of Dragon will accelerate as 2022 inches forward. After all I initially resisted watching GOT because I have a general aversion to the fantasy genre as much as I do the sci-fi realm of art and entertainment. I forced myself to watch one episode around Season 3 and became hooked. And outraged at myself for being so biased.

So, let the dragons fly overhead Westeros one more time. God willing I’ll be watching. At least for a season.