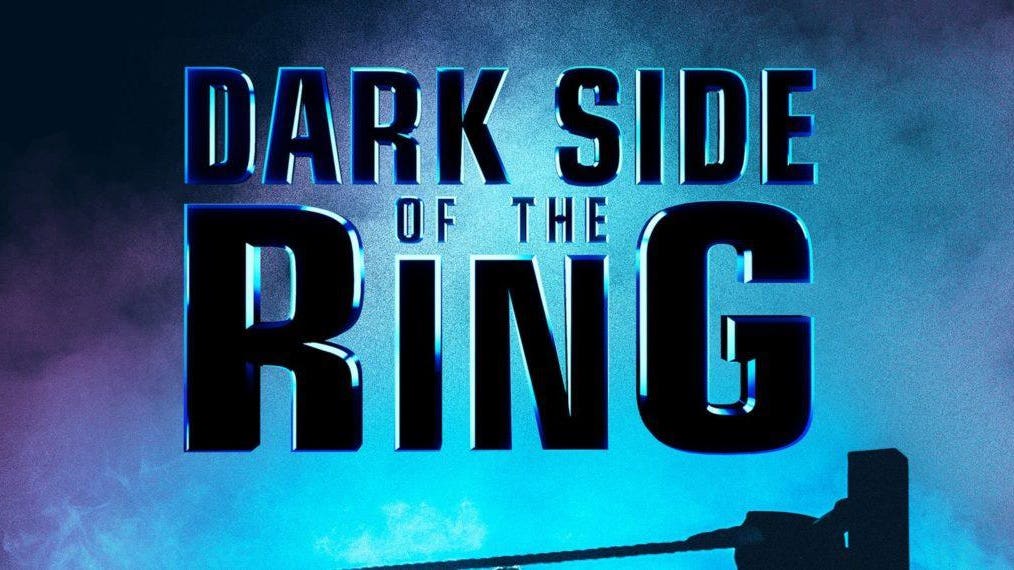 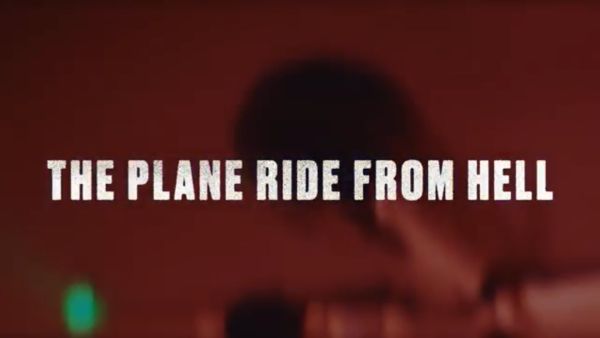 THERE ARE STORIES THAT DO not bear repeating—at least in “mixed” company. Among potentially non-friendly ears. 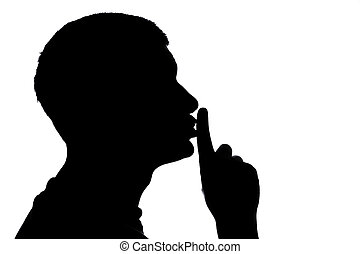 Some pro-wrestlers are learning this the hard way after the resumption of season three of Dark Side of the Ring on 9/16/21, 9 pm EST. Before the hour-long episode was over eager thumbs and fingers were on Twitter “cancelling” Ric Flair, Brock Lesnar, Scott Hall and Tommy Dreamer. 24 hours later Tweet jockeys were making a dart board of “Nature Boy” Ric Flair’s life and career, digging and posting any negative snippet they could post(predictably there was a surplus). Dreamer—long a hero of wrestling “mark” fanboys because of his backstory, East Coast origins, unremarkable physique, “hardcore” style and Blue Collar appeal—was now Public Enemy #2 among the vigilantes. Dreamer; who may be working on the indie circuit once again but has definitely been missing from mainstream pro wrestling for a number of years, probably will not be called up to the majors anytime soon, in any capacity. Not because of anything he may have done in the past but for the incredibly stupid summation he made in the recent present.

Was all of this deserved? Was it yet another tiresome manifestation of “woke” “cancel culture?” Yet another yowling lynch mob of holier-than-thou social media leftist activist wannabe’s who never seem alive unless they are offended on a fairly regular basis and love to destroy someone’s life and career? Or was the outrage to the episode wholly deserved? Were people right to feel morally offended by the behavior of people they enjoyed, who seemed to get away with sexual harassment of female flight attendants who were prevented from doing their job, of female talent on the World Wrestling Federation/Entertainment roster who was sexually harassed before the infamous episode and by wrestlers discussing the common practice of their peers drugging female groupies with moral or at least callous indifference?

All of the above is probably the appropriate answers.

“The Flight From Hell” had become wrestling mark folklore long before this episode aired. Enough of it circulated throughout pop culture that “dirt sheets” mentioned it, TV and movie scenes alluded to it(particularly characters based upon Ric Flair) and wrestlers who were on the chartered plane made “shots” about it over the year. The effect was a Rashomon of memories: partial reminisces, designed omissions, protective silences, tales of Dionysian excesses paralleling the lives of rock stars. A fan, or a “mark” could assume the worst, yet still be detached by it because there was no detailed collective analysis of exactly what happened. 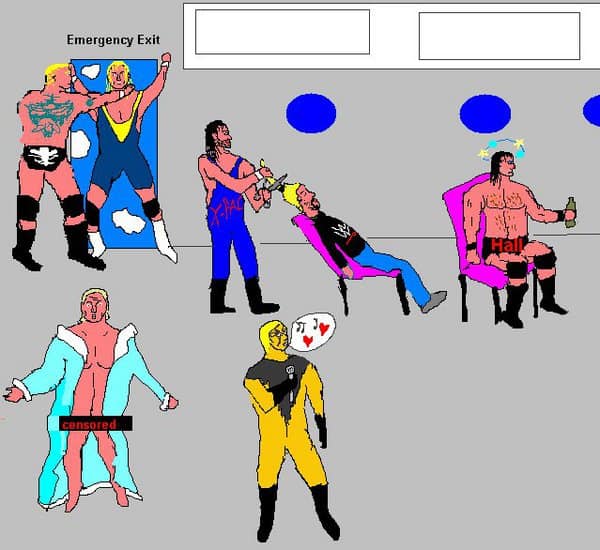 Until now. The episode exploded like a time bomb due to something more than changing public mores and rebukes to “toxic” masculinity and sexual exploitation of women. The walloping episode tore down a fourth or fifth wall between the performers and the “marks.” It eradicated the curtain or scrim of performer and personae which somehow still exists, which we fans will to exist between us and the public performers we enjoy following. Even if you love wrestling “heels” like I always have, who the hell wants to cheer on a wrestler who may be a rapist in his personal life?!?

Rob Van Dam repeats the familiar phrase Never Meet Your Heroes during the program, in the same detached way he casually mentions some of the “boys” used to drug their groupies. Van Dam; a notorious stoner, probably doesn’t mean to sound as blasé as he comes across, as if he can barely muster emotion of any kind. Perhaps that and his overall likability hasn’t so far demonized him from the vigilante mob. 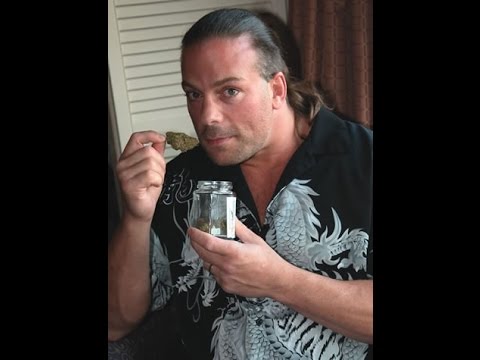 Tommy Dreamer has not been so lucky. Van Dam should have uttered a more contemporary and often advisable as it is prophetic cliché of learning to “read a room.”

Dreamer’s boneheaded attempt  to use cancel culture as a bogeyman and to equate someone being offended by his hairstyle and “dad bod” as in any type of relation to a flight attendant’s harrowing tale of sexual harassment by the “boys”  was blazingly stupid, a serious miscalculation of the audience beyond the audience. Dreamer’s remarks may have went unnoticed in 2011 but 2021?!?

Dreamer missed the gravity of the serious allegations so severely it was as if he were belittling the claims entirely. A smirk, a ridiculous comparison might appease the “boys” he knows, maybe even some of the “marks” he runs across. But Dreamer was so tone deaf that he never anticipated how those who are not in his camp of admirers would hear the same content as well as read his body language.

Whatever befalls the collective populist reputations of Dreamer as well as Scott Hall and perhaps even Rob Van Damme will be minor footnotes to the public relations apocalypse Ric Flair is facing. Scott Hall, decimated by his drug addictions and poor health, has long been out of the spotlight, and it isn’t hard to imagine that a tepid pardon will be granted him. Why beat an ill man? But Flair?!? The man has still not retired. Though he recently asked for—and was granted—his release from the WWE, it was a poorly kept secret that he was eager to land in the newly green pastures of AEW; which has become the new WCW thorn-in-the-side to Vince McMahon. Despite his age(72) and official retirement from ring work, Flair’s popularity has never abated and actually has probably increased. He’s become a fixture of pop culture, absorbed as a point of fascination by a new generation of people, many of whom are young enough to be his great-grandchildren. Not only has his gimmicks endured—his trademark “woo!!!” cry, his fancy robes, his strut—but they inspire homages from Tik Tok creators to professional football players. I may have seen Flair wrestle by the 1980s, but many people who like Ric Flair may have never seen an actual match of his. He’s become synonymous with the personae, which flickers in television commercials and holograms through hip hop videos. Despite his age and even his race, Flair has been as much the “people’s champ” as Dwayne “The Rock” Johnson’s self-proclaimed(though not inaccurate) moniker during his pro-wrestling heyday. In other words “Ric Flair” exists as a “brand” the way “John Madden” exists as a brand and “Arnold Palmer” as a popular non-alcoholic drink. These men’s fame is so powerful that it eclipsed even a bare-bones knowledge of their careers for a sizable portion of the population based upon name recognition alone. The great irony for Ric Flair is that if his career is truly “cancelled” it will be because of the testimony of Heidi Doyle, the flight attendant at the center of the story, at least the only one of two willing to recount her story during the episode; a woman he probably doesn’t even remember (allegedly) harassing, a woman probably indistinguishable from the (allegedly) hordes of others “exposed” to The Nature Boy’s alleged “charms.”

Ms. Doyle is such a credible witness that she dooms all the male voices in the show by their collective complicity alone. Speaking of the events with a noticeable reticence which seems more a product of another time and its mores about how women responded publicly to trauma than anything approaching the hyper-theatricality of today. Yet the mental pain and humiliation she allegedly suffered from the encounter is countenanced by her expressions and body language. Furthermore she had been a new mother who had just delivered a child before the encounter with the WWF roster and that had been her first trip away from her newborn.

And though this observation is superficial and biased, her Australian accent is beyond charming and personable. She’s extremely likeable and convincing. She doesn’t “play the victim,” indeed she also projects strength and resilience. Instead the average viewer is likely to feel Ms. Doyle was victimized by the likes of Scott Hall and Ric Flair, who, to be fair did not agree to tell their side of the story in front of the cameras.

One of my favorite scenes in GoodFellas is when the teenage Mobster associate Henry Hill is “pinched” for the first time and has to appear in juvenile criminal justice court.

His crime family has the case fixed. And as he’s walking out of the courtroom scott free, his closest mentor the Irish associate Jimmy “The Gent” Burke (Robert DeNiro, in a devastatingly great performance) throws his arm around him, slips him probably hundreds of dollars and tells him how proud he is of him.

Hill is confused. He believes that Jimmy and their family are mad at him for getting arrested.

No, says Jimmy. Everyone gets pinched at some time or other. He’s proud of Henry because intuitively and instinctually he dutifully observed the two greatest rules of la cosa nostra: 1. Never rat on your friends and 2. Always keep your mouth shut.

Yes, the obvious lesson is don’t treat women in a way you wouldn’t want other men to treat your sister or mother.

But the second lesson is that these wrestlers have brought undo grief upon themselves by not observing the quintessential rules of their fraternity and of fraternities not unlike their own. Kayfbe is its own la cosa nostra.  Irregardless of the moral calculus their incessant need to explain their lives to outsiders, to reminisce among outsiders is beyond ill-advised. It’s the hallmark of sins: vanity, hubris, lack of self-reflection, lack of awareness, lack of foresight.

The hallmark of kayfabe as is the guiding ethos of the Mafia is that their actions can not be justified to anyone outside their ascribed group. No one is capable of sympathizing with a mafioso but another mafioso.

Or as Billie Holiday once sang, “Don’t Explain.”

0 Replies to “THE SICKEST PASSENGERS: OR WHY ONLY FOOLS WOULD WILLINGLY DISCUSS “THE PLANE RIDE FROM HELL” in 2021”